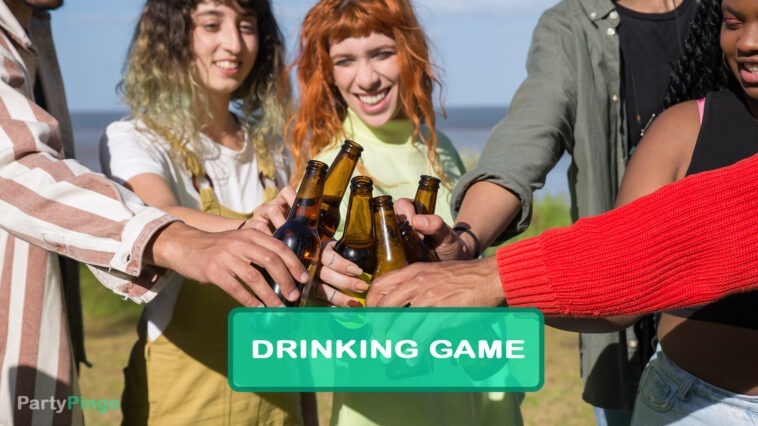 There are times when throwing some dice and shuffling some cards around a table simply won’t cut it. It would be a waste of time to spend another second attempting to come up with the most entertaining manner to consume several beers indoors when the weather is this wonderful. But which drinking games played outside are the most enjoyable ones to play while drinking? We thought it would be helpful to compile a list of what we consider to be the top 10 methods to enjoy some drinks and good times outdoors. These activities are certain to get everyone up and moving, whether they are played in a backyard, at a cabin, while camping, or even simply in someone’s own backyard.

Adding alcohol to every activity transforms it into a potential drinking game. If you want to play it on light mode, the person who is responsible for bringing down the tower needs to drink. If you prefer to try it on expert mode, everybody else has to drink whenever someone properly eliminates a block.

You may make it more appropriate for playing outside by expanding the size of our Tumbling Tower game, which is even capable of being customized. This will prevent you from misplacing (and then later finding—ouch!) the little wooden blocks and having to dig them out from the grass.

Beer Pong is a time-honored game for a good reason, and that reason is right there in the game’s name! You are familiar with the procedure: A card table should have 10 red plastic cups arranged in a pyramid at either end of the table. Beer should be poured into each cup. Beer pong is played in teams of 2 or 4 people who take turns attempting to sink a ping pong ball into one of their opposition’s cups by tossing the ball from their end of the table to their opponent’s edge of the tabletop.

If the ball falls into an opponent’s cup, they are required to take a drink. Continue doing this until one side is completely devoid of cups and the other side has been declared the winner.

The Bottle Bash Outdoors Drinking Game is an activity that is simple to put up and is great for your upcoming party. Based on the level of challenge that you wish to go at, the sport may be played between zones that are 20, 30, or 40 feet long. Bottle Bash is a game that is simple, risk-free, and can be played almost any place on land or even while underwater since it comes with two non-breakable bottles that look just like real ones, two retractable metal poles that can be used on either sand or grass, and an integrated scoring system. The game may be played with two individuals or two teams, and the objective of the game is to throw the flying disc towards the pole of your opposing player, with the bottle that is positioned on top of the pole serving as the primary target.

However, in order to prevent the other side from scoring too though, the other squad plays defensively and tries to capture both the disc and the bottle. Optional attachments comprise a multi-surface foundation with built-in cup holders that may be used on concrete, the floor of a gym, or other hardscape, as well as a mesh bag that can be carried and stored. Try out Bottle Bash if you want to have a memorable event playing an outdoor party game and have a good time at the upcoming party you’re going to attend.

Flip Cup is yet another time-honored drinking game that has been enjoyed by people for many years. Once you’ve used up all of your ping pong balls, you may as well go on to playing Flip Cup instead of Beer Pong. You are aware of how the game of flip cup goes: Two groups, each consisting of at least three individuals. Put one cup across from each guest at the table, and then fill the other two cups with beer. Arrange the cups so that they face opposite sides of the table.

Beginning at one edge of the table, the first two persons to face one another consume their glass of beer and then attempt to flip the glass from the edge of the table moving from right-side-up to upside-down. The one who successfully flips their cup first wins. After the cup has been tipped over, the person sitting next to it at the table may take a sip and then turn their own cup over. The first team to successfully flip 3 cups wins the competition.

We’d like to present you to Beer Pong Golf if you’re searching for a fantastic game that has the feel of the original Beer Pong but that you’d want to play in front of a little more sophisticated company. The game known by this name may be played in a wide variety of various ways, but our favorites include breaking up into teams or competing against one another on an individual basis.

Everyone takes turns attempting to strike the ball into something like a red plastic cup that is located quite a distance away from them. If they don’t get it, they have to drink, but if they do, everyone else has to as well (if you’re playing on teams, each squad decides whether or not to drink as a unit). If the individual wishes to try again after failing, they are free to do so; however, they are required to take a drink for each shot that they did not make.

6. Never Have I Ever

For those of you who found this page by looking for the greatest outdoor drinking games since you are currently attending a dull outdoor gathering, we have decided to include an additional popular backyard game that is low-cost, low-effort, and yields good results.

The following is how the rules work: each player receives a beverage. The participants take it in turns to declare, “Never have I ever [anything they’ve never done].” Everyone who has completed the task downs a drink, while those who have not yet completed the task remain sober. Continue playing until everybody has reached their breaking point!

Cornhole is everybody’s beloved drinking activity to play outside, and the rules can easily be modified to include alcohol as either a punishment or a reward, or you can simply drink while you participate! Amazon provides a large collection of Cornhole sets to begin the process of developing your very own personalized Cornhole set if you want to step up your game and wow your friends. Amazon can provide you with a large quantity of cornhole mats that are ideal for playing drinking games outside.

>> Get your Cornhole Outdoor Drinking Game <<

For this enjoyable drinking game that can be played outside, all you need is a Wiffle Ball bat and some drinks. Create two separate teams and compete. The first member from the first team downs a beer, then places their forehead on the handle of the bat and swings around 10 times. After that, they smash the can. A member of the second squad is selected to throw, and then that person delivers the smashed beer can to the original player.

Everyone on the other team must have a drink if the initial player knocks the smashed can during the first 3 throws; if the first player does not touch the can, their team must take a drink. Who comes out on top? Who loses? To tell you the truth, we can’t really tell, but regardless of whether you win or lose, the most important thing is how you engage in the activity.

If you want to have a wonderful backyard BBQ, you may need to shake a few beers every once in a while. We are quite aware that doing so will result in the loss of perfectly drinkable beer. After you get to the level where you don’t have the rhythm to do something more involved, it’s also a terrific way to close out an outside event with loved ones when you’ve reached the stage where you can’t do something more complex!

You remove several beers from the cooler and shake them well. After that, you place them on a table among some beers that have not been shaken. The participants in this outdoor pastime take turns selecting a beer and opening it. Once a player touches the can, they are required to drink the beer, thus there is no opportunity to cheat by determining which can has a greater amount of pressure.

High Noon is the outdoors entertainment you’re searching for whether you’re a lover of the Cowboys, a lover of westerns in general, or if you’re simply seeking for the easiest reason to drink a couple six packs and be wild with your pals.

Each participant grabs a six-pack and steps in the middle of the area that you have deemed to be your O.K. Corral. They then move 10 paces apart from one another in a line while keeping their backs to each other. After someone has counted down to “noon,” the duelists will turn to face one another, split open a beer can, gulp the beer, then break the can and toss it at their opponent.

When you take into account the fact that somebody will hurl a beer can at you while you’re sipping a beer, it suddenly doesn’t seem like such an easy game. And when you realize that there is no higher limit to the amount of people that may participate in the game at the same time, you have even more options. 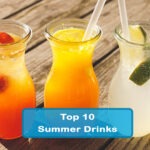 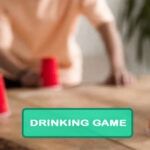