Drinking games are the most effective way to bring people together in a social. The traditional games are always a good time, whether you’re playing them at a loud, crowded pub while yelling your lungs out over Flip Cup or in a more subdued setting at home with a few close friends playing King’s Cup. Having said that, there is no question that some are superior than others. This is the definitive list, and it is presented below in the order of best to somewhat less good. Now we get to play.

Are you able to count? Good. You might play the card game known as 21, sometimes known as Twenty One or Cheers to the Governor. The fact that all that is required of participants in this game is to count up to 21, and the one who is the one who is made to say “21” is the one who is made to drink, wins it a position on our list of the finest games. However, the level of difficulty might increase based on the inventiveness of the players who come up with new rules as the game progresses.

In the course of one hour, sixty shots of beer, or around 6-7 beers, are consumed; the shots are timed to be taken in conjunction with a music mix of your choosing.

Anyone, at any time, and in any location can participate in the best drinking games. They are simple to pick up, yet challenging to become proficient at. They move quickly and are a lot of fun. The fact that Flip Cup hits all of these notes is what earns it the #1 place on our list and the approval of everyone. The original game has spawned a number of spin-offs, such as the Relay Race, in which teams compete to see which can finish all of their flips first; Soccer, in which the action moves back and forth at a table rather than in a single direction; and Baseball, which combines the most successful aspects of both Beer Pong and Flip Cup.

You can still play these games even if you don’t have cards or ping pong balls or dice or solo cups; all you need is a well-lubricated yelling voice and a decent sense of humor. In these fast-paced games, participants take turns passing a catch phrase or a gesture around a circle until one of them fails to keep up with the rhythm. The fact that you like one of these games over another reveals a great deal about you: In the game Thumper, participants are given different animal signals; in Viking, they take on roles of Viking captains and rowers; and in Vroom, each player steers their own private, made-up automobile. They are all completely pointless, yet in a ridiculously hilarious way.

The task of dropping a quarter into a cup seems simple enough at first, but it quickly becomes infuriatingly difficult. Every proficient player of Quarters has their own unique strategies for getting the coin into the glass, ranging from finding the ideal throwing angle to rolling the coin off their nose. The sheer aggravation of playing this game stops it from making the top three, but those who are ready to put in the required amount of practice will find that it is still a worthwhile alternative.

It is possible to compare Civil War to Beer Pong and Nemesis due to the fact that it is also a drinking game played in a 3v3 format and involves firing ping pong balls into glasses of beer. Each player gets a lifeline of either three or six cups, and they take turns rapidly shooting balls at one of the cups belonging to a player on the opposite side.

Who wouldn’t want to get drunk with their friends while shouting abuses at them? This facet of socializing is a major emphasis of happy hours. Pyramid is a variant of the standard card game in which rows of cards are eventually uncovered to form a triangular shape, to players who have the same card laying it down against such a target and saying “f*ck you, Tom/Dick/Harry,” causing the intended player to have a drink unless several other player starts playing a second of the same card on top. When a player lays down a card and another player plays the identical card on top, the person who put down the card must take a drink. The game is far more serious than it seems at first since players have just five seconds to decide whether to play or f*ck someone over. You need not worry; it is very improbable that anyone’s friendships have been destroyed as a result of this game.

King’s is the ideal choice to fall back on. It’s difficult to get uninterested when there are 13 distinct rules or mini-games to choose from (and each one may be customized), such as Categories, Never Have I Ever, and the Rhyme Game. You may not know precisely what you’re getting into when you sit down to a game, but at least you’ll know how long you’ll be there since the restriction of 52 cards creates a very normal game duration. In the meanwhile, the 52-card limit establishes a fairly typical game length.

You had to have known that this college party mainstay would come in either first or second place. The only reason it did not remain in first place was because a table of a sufficient size is required for it. In addition, Beer Pong, which is also known as Beirut, has a more difficult learning curve compared to Flip Cup. However, to see a ping pong pro at work is like witnessing a work of art, as one ping pong ball after another lands with a gratifying kerplop into a line of red Solo cups. As is the case with its more illustrious forebears, Beer Pong has given rise to a plethora of offshoots, the most well-known of which being Dartmouth Pong, which is played with handle less ping pong paddles on a more expansive table. 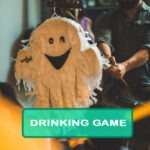